In this world of colors and smells, countless human beings came into existence and disappeared as soon as we saw them – how many beings appeared on the page and disappeared into the veil of nothingness – countless human beings were born from Adam to this day and this Darfani is blessed. Say Abad and leave – this series of comings and goings continues every day and will continue until the Day of Resurrection –

But how many honorable people did this world remember? And how many great people did history preserve in its lap? The number of such pious souls and comprehensive perfections has been few in every age, who guided the lost to the right path, enlightened and purified the dark hearts with the Light of Tawheed, dedicated them to the love of the Prophet, may God bless him and grant him peace, and Love in the breasts of the Prophet (peace and blessings of Allah be upon him) awakened the spirit of the Messenger of Allah (peace and blessings of Allah be upon him). –

Let us introduce you to such a person whose actions and sayings, character and actions and routines of day and night are examples for us to follow – who performed the duty of protecting and guarding the religion and the nation well for half a century. Thanks to which the world today recognizes him as Hafiz Millat-

Huzoor Hafiz Millat (may Allah bless him and grant him peace) was completely involved in teaching and teaching, while he was also a queen in his speeches and speeches. The main reason for this was that his words came from the heart and not just from the tongue – an incident of the effectiveness of his speech is given to the reader:

In 1973/AD, he attended the meeting of Eid Milad-ul-Nabi (PBUH) in Raipur, Chhattisgarh. There was a special gathering of educated people in the meeting. He gave a very eloquent speech on truth and the benefits and harms of ancient and modern sciences. After the speech, the entire congregation broke down to kiss his hand. Among them was a person named Shri Vastu Ji – He was probably a college professor – He went in solitude and asked someone that this is your Guru Ji, we want to meet him – This is me. Vidyasagar appears – can we get time to meet him? This person gave the time and complete address to meet Hazrat – Shri Vastuji approached Hazrat and asked many questions – which he answered very carefully and seriously – Shri Vastuji was very impressed by this and forn By repenting at your hands, they became rich in faith – His companion, Ganesha, also accepted Islam along with all the members of his house – Huzur Hafiz Millat, may Allah bless him and grant him peace, named him Bilal. , and the name of Shri Vastuji was named Noor Muhammad.
(Hafiz Millat’s Faizan-i-Nazar, Page No./37)

To warn someone about his intention to reform on his Shariah square is a part of “Amr Baal Ma’roof” – on such occasions, the people accept the reform, but it is very difficult to say anything about the intention of reform to the Khawas – while the Khawas are not aware of it. It is more right to accept the reforms unconditionally so that the people can follow them and get on the right path.
In the presence of Hazrat Hafiz Millat (may Allah have mercy on him) a speaker made a mistake in explaining an issue of belief. If the source of the error is secret and hidden, then his repentance will also be in secret and hidden, and if the source of the error is public, then his repentance must be public, so that those who have fallen victim to the mistake due to public error will be reformed. After that, he clarified the error of the problem described by the speaker and informed about the correct nature of the problem, and by clarifying the problem with reference to several books, he ordered the speaker to come on the mic and refer to the problem he described.
(Ma’arif Hafiz Millat, Page No./42)

Hazrat Maulana Aslam Azizi’s opening speech was delivered in the Milad Sharif meeting of Hazrat Allama Mufti Abdul Manan Azmi (a.s.) at the Daulat Kada, the speakers of the speech said, “Momin Kamil”. Explaining it, he said that faith is not perfect or imperfect, but perfection, loss is the attribute of a believer-
(Ma’arif-e Hafiz Millat, page no. 42/)

Making a mistake in the chapter of knowledge is not a big thing and it is not a defect, but insisting on a mistake and not accepting correction is a big mistake – the reaction seen on such occasions by people who want fame and fame. One feels comfort in ignoring the reformation – in this regard, if we look at Huzur Hafiz Millat, peace be upon him, then he is in front of us as an ideal personality – he is free from the end of the reformation and fearlessly tackles the problem. He used to explain – He would also encourage repentance – if it was secret and public, he would encourage repentance openly –

Once he was invited to a meeting in Gorakhpur, but on the exact date his health became so ill that the journey became difficult. But Huzur Hafiz Millat still didn’t agree – this was the national sympathy of Huzur Hafiz Millat, he said: Yes, we should stop, but I have promised, if I don’t come, the heart of the poor will be broken – the religion will be damaged –
Thoughts and achievements of Huzur Hafiz Millat, Page No./101)

When you saw someone doing something against the Sharia, you would try to correct it – like once it happened that it was a Friday and there was a line of people coming to the Friday prayers in Raja Mubarak Shah Mosque. The space was less and the number of needy people was more, the result was that two men were sitting for ostentatious and many people were standing and waiting for purification – the thighs of those sitting for purification were open. Mubarak Shah’s esteemed member was waiting, the President entered through the door and by chance the eyes of Hazrat fell on the man who was kneeling and supplicating. He said- The title of his speech was from the teachings of the Holy Prophet, peace and blessings of Allah be upon him, on immorality and the rules and manners of purity.

Hazrat Hafiz Millat (peace be upon him) also wrote books for the sake of reforming the Ummah – although the number of these books is very few – he was always worried about it – he expressed regret in his last days and said:

The people kept me of no use – I was so entangled in unimportant and unnecessary tasks that I could not get enough writing done, which I regret – although my pen was very quick in my early life and now I don’t have that strength. There is no mind and no leisure time – so now my ambition and the goal of my life is only the completion of Jamia Ashrafia –
(Hafiz Millat No., Monthly Ashrafia Mubarakpur, Page No. 412)

You wrote this magazine at the time of 1997/AD riots when the Muslims of India were abandoning their homeland without thinking and going to the new neighboring country of Pakistan. Also see:
Muslims, the direction of your wind is the same dome of Khadira – your purpose is the same as the Tajdar of Madinah, the solution of your problems is in his eyes and the direction is fixed on his eyebrows – the achievement of your goals is based on his education, which Muslims call have forgotten by their bad luck-
(Irshad al-Qur’an, page number, 05)

Hazrat Hafiz Millat (may Allah have mercy on him) used to be distressed by seeing the plight of the Muslim nation and their bad deeds and would try to reform them as much as possible.

Muslims! Wake up and wake up from sleeplessness, your reformation and prosperity lies in becoming a true and firm Muslim – your success depends on this that your life is Islamic and your death is Islamic – your outward appearance is also Islamic and your inwardness is also Islamic. May your beliefs be Islamic and your actions be Islamic – May your emotions be Islamic emotions and your thoughts be Islamic thoughts, may your chest be illuminated with the light of Islamic faith and your body adorned with righteous deeds, patience in adversity and gratitude for blessings is your habit. May trust and confidence in Allah, the Most High, be your nature, and follow the teachings of the Qur’an become your second nature.
(Irshad al-Qur’an, page number, 09)

Regarding the effect of Irshad al-Qur’an on ordinary Muslims, Hazrat Allama Badr-ul-Qadri says that in the tumult of 1947/AD, Irshad al-Qur’an was distributed free of charge in Mubarakpur and the result was that not a single Muslim left the country. This was the effect of writing steeped in sincere religious and pain-
(Hayat Hafiz Millat, page no, 433)

It is actually a collection of serial articles of hadith which were printed in the monthly magazine Pasban – in which righteous deeds and right beliefs are exhorted in the light of hadiths – Khateeb-e-Mashriq Hazrat Allama Mushtaq Ahmad Nizami, peace be upon him, said about this book. I have heard the saying of filling the sea in a jug, but Ma’arif Hadith is a living example of this.
(Hayat Hafiz Millat, page no, 434) 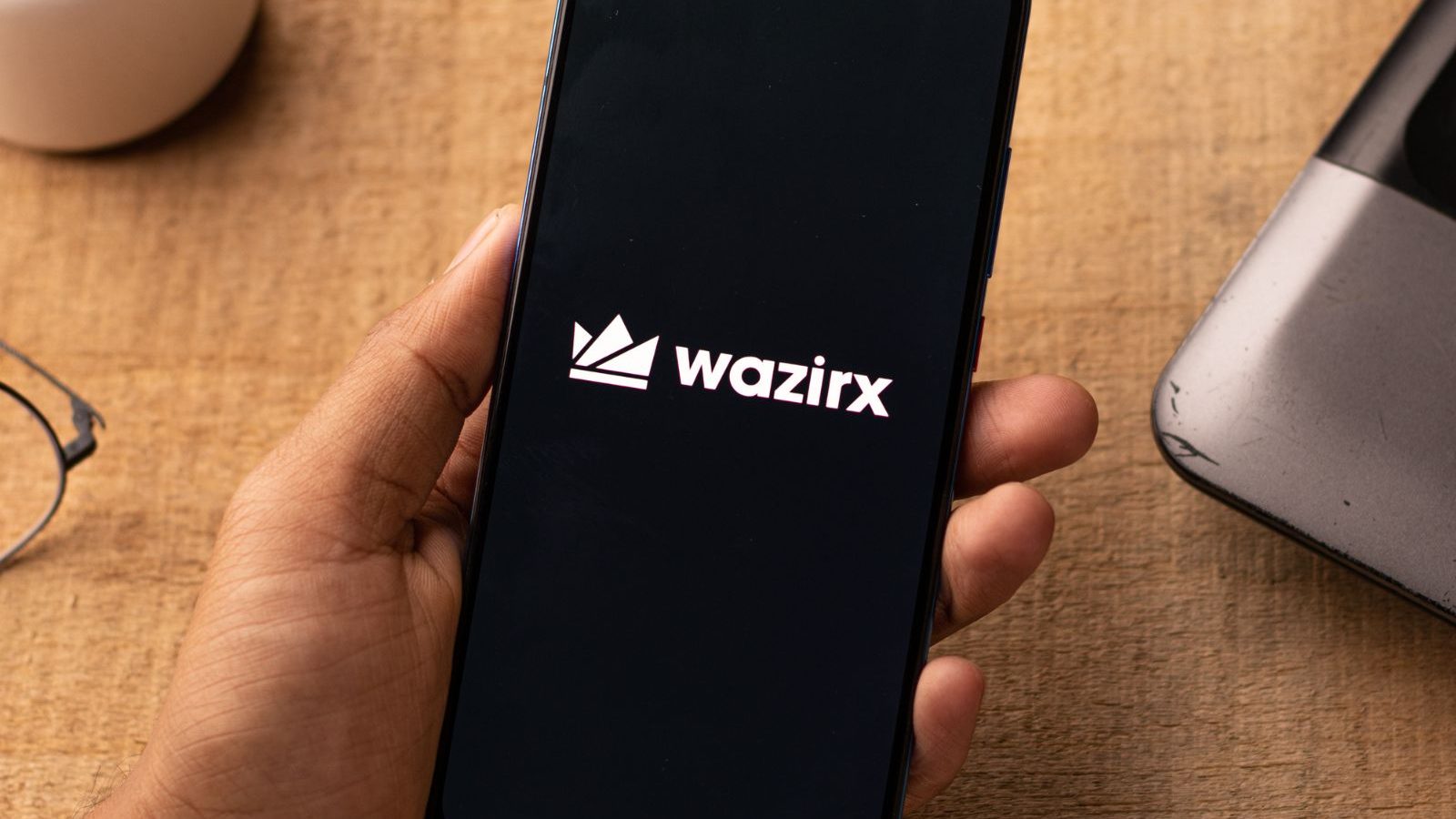 WazirX accounts unfrozen by ED after a month, Crypto Exchange says business as usual will continue 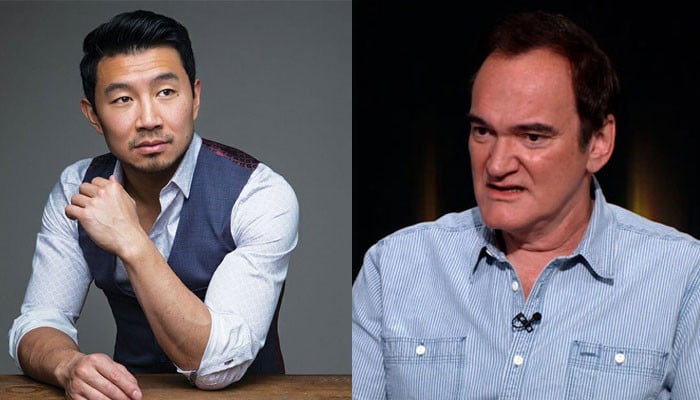