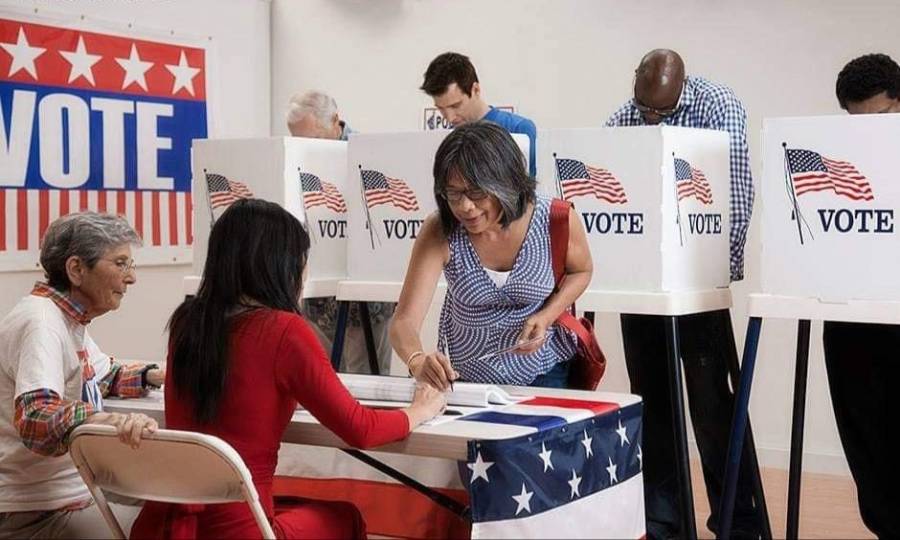 Mid-term elections in the United States will be held on November 8, more than 1 million polling staff on duty…

New York (from Tahir Mahmood Chaudhry) More than 1 million polling workers will perform their duties at more than 2 lakh polling stations in the mid-term elections to be held on November 8 in America. In view of the threat of Corona and violent incidents in the elections, many states of America are also facing a severe shortage of polling staff. Due to Corona, “Early Voting” is also going on from October 29 in most of the states. While general elections across the United States are scheduled for Tuesday, November 8.

Instead of a central election commission to conduct elections in the United States, each county within each state has its own separate and independent election board. Who is responsible for conducting local, state and federal elections. Unlike many other countries, the polling duty staff in the United States consists of very few government employees. In general, any private person, who is an American citizen or a permanent resident of the United States, can become a part of the polling staff by presenting his name.

In the United States, there is an election organization “US Election Assistance Commission” (USAEC) at the federal level. The staff consists of 30 members. Its headquarters is Silver, Maryland. The work of this organization includes providing information and support to the local election boards of different states in the process of conducting transparent and fair elections.

Traditionally, election duty staff in the United States are mostly older people. Polling duty is performed mostly by retired citizens, including a large number of women. According to a report, 81 percent of those who gave polling duty in the 2020 elections were women.

Poll workers in America are said to be “the musicians of the polls who bring elections to life and ensure they work for the people and their elected members”.